The opportunity to bless and be blessed is in front of you… if you’re looking.

Took my son to an adventure park the other weekend.

A few hours later, we packed up. That’s when the kid in this pic asked, “excuse me, um, I’ve asked a lot of people but…”

Kid’s dad dropped him off by himself with entry money… but NO bike or money to rent one.

Holy smokes. I start backtracking in my mind.

For at least two hours, this kid was probably in one of the most uncomfortable circumstances he’s ever been in.

When he approached me, he had been rejected so many times that he was stumbling over his words. When I realized what he was asking I stopped him mid-sentence, “you need a bike?”

I walked up to the counter and explained he was dropped off but without any gear or money. I wanted to pay for his bike and helmet.

I also explained he’d been wandering for hours so his pass was likely expired for the morning session, even though he didn’t use it.

The kid shook my hand, said “God bless you” and all was right in the world for that brief moment. 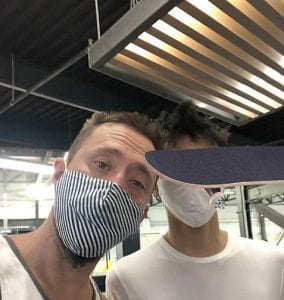