Ready for a cliché?  Life is what you make of it.

As summer ends I think of camping adventures over the years.  Before my wife and I had kids we would camp in tents.  After our first was born we got a small pop-out camper.  Something similar to this. 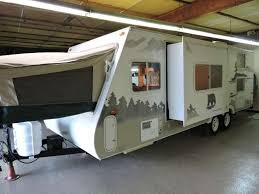 Our first camper was small because I was afraid to tow.  Hadn’t done it before.  After a year with that camper and getting comfortable with towing we upgraded to a 30′ camper. 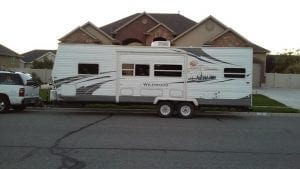 It was perfect.  It had a back bunkhouse for our two boys so they’d have their own room.  But, we didn’t keep that long at all.  We quickly learned that the people we bought it from were hiding the dog piss-scented fragrance of what I believe was used as a hunting camper. 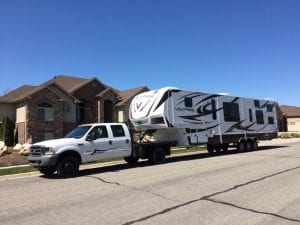 With me having the freedom to work anywhere there is an internet connection, we bought a gigantic toy hauler and I used the back garage as an office. 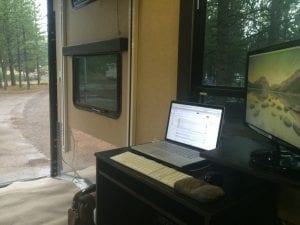 As much as I romanticize working remote, it was harder to concentrate than expected.

The bigger problem with the fifth wheel was it’s size.  It was just too hard to tow.  Even with an F550, I don’t think we ever made it to one destination without a problem.  Guess that’s more the truck’s fault than the camper. 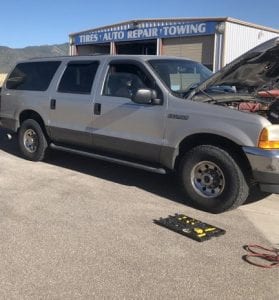 The stories go on and on.  We literally never made it to a destination without an issue towing that fifth wheel.  It sucked.  Sucked hard.  But you know what I remember looking back on it now?  Only the fun parts.  At least they sound fun now.  I’m sure they were anything but fun when they were happening. 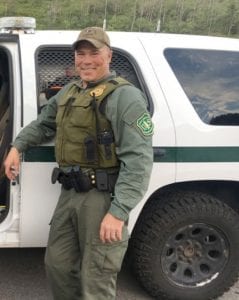 In the end, it seems that my inability to successfully enjoy camping with my family has at least provided us a lifetime of memories from our attempts.