Anyone else like meeting internet connections in real life? Me and my wife, also known as “Hottie,” just got back from a trip where we met two online friends in real life within 24 hours.

Been chatting to with both of these friends online for about a year but had never met in person.

Brody hit me up that he was traveling from the east coast to Arizona. “Is that close to you?” I said “close enough!” And scheduled a flight with me and Hottie.

We planned to meet up at another friend’s business, Jon, owner of Torch.  I don’t smoke, but it’s a cool place to conversate.

Sarah has been traveling the world, hitting several countries in just a few months. Just days before me and Hottie were heading to Phoenix Sarah said she was flying back into the US and had a short stop in Arizona. She said “if the stars align” it’d be great to meet.

Wait, whaaaat?!  The one overnight evening that I’ll be in Phoenix to meet an online friend, another friend that’s flying in from another country will be in AZ the same night? Sign me up!

Spent hours that night sharing stories at Torch. My wife’s friend from high school also met up with us, then ended up at a casino 20 minutes away where somehow they ended up with my money.

Then woke up a few short hours later to meet up with Sarah for breakfast.

I’ve done this a few times. One of the funnest was when an online contact, Gary, was flying from Australia to Las Vegas. He messaged me and asked the same thing Brody did, “Is that close to you?” I said “close enough!” And caught a flight to Nevada. 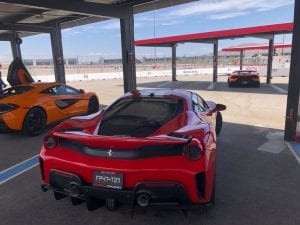 Fun didn’t stop there. Surprised Gary with a limo and took him to Exotics Racing for a few laps with a professional drifter.
Why not meet and experience the stories of other people?