Soon, I’ll be at a mastermind. Two of them. Same week. Here’s the problem…

They’re both in the same place, just different days. It’d make sense to save two flights and just stay the whole week.

But I hate being away from my wife and kids, so I already booked an early morning flight home midway through the events, I’ll spend the day with my family, sleep one night at home, then fly out the next morning.

Yesterday, found out my daughter has a recital. It’s on the last day of the event. The day I wanted to stay late and network. 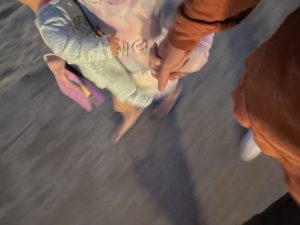 $700 later in flight fee changes and dropping one of the three nights of the hotel. I’ll make it home two hours before her recital.

I told myself a long time ago, before finding some level of success with SEO National, that I have years ahead of me of putting in the work to establish security for my wife and kids, and I’m never going to miss any of their games or recitals through this journey.

I told myself that before we even had kids.

My oldest is now almost 12. In those twelve years, I’ve stayed true. Haven’t missed any of their events.