Imagine if more parents taught their kids this…

I thought I knew a lot about business until I hired someone for quick house work.

This morning’s rain reminded me of about a month or two ago.  Temps were dropping, so it was time for some sprinkler winterization.  Someone in the neighborhood recommended a guy named Ryan.

When the gentleman rang the bell, it was a surprise to open the front door and see him bringing his daughter.  She’s probably around 5 years old, charming and smiling.  And you know what the first thing she did was? She gave me the cutest handwritten card that said “Thank you!” 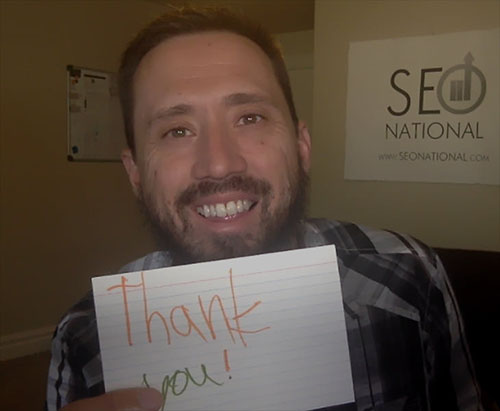 Ryan’s work took 30 minutes or so to complete. After that, we had the chance to talk for a while. He asked about me doing SEO, and I asked about him about his day job and if he’d be interested in doing more winterizations on the side for some neighbors.

He told me about his daughter and how they set up their business. Love the name, Zoey and Dad.

He explained that the sprinkler business was something he did on the side. What was cool is that I didn’t hear him say once that it was a side hustle for money but, instead, was his way to teach entrepreneurship to his daughter.

His daughter was a business partner, and at a young age she was learning how to be self-sustaining.

From having the right worth ethic, to receipts and finance, to customer appreciation, she’s learning the value of hard work firsthand.

This world would be way further ahead, right?