“They’re either for you or they’re against you”

In a perfect world I’d fail

And they’d be happy

I had dinner with Dale Majors over the weekend. He’s a gentleman that successfully built up a sports company, Bike Wagon, and sold it for a big chunk of change.

“They’re either for you, or they’re against you.”

We were talking about the perseverance you must have as a successful entrepreneur.

Your entire circle of influence changes the more you achieve in life. And people either support you, or they don’t.

“I have at least three people that I could think of that would love it if I failed.”

But Dale had an interesting take on it. He doesn’t fault the people that are against you. Because, unfortunately, society doesn’t encourage encouragement.

Most people’s bosses don’t encourage them.

Most people’s higher-ups are defensive to protect themselves.

Anyone moving up the ladder is a potential threat.

Too many people in society are put in a position where they don’t know what encouragement looks like. So they can’t share the beauty of encouraging others.

While it still isn’t easy to accept people being against you, especially friends or family, I am warming up to the idea that it’s not their fault. 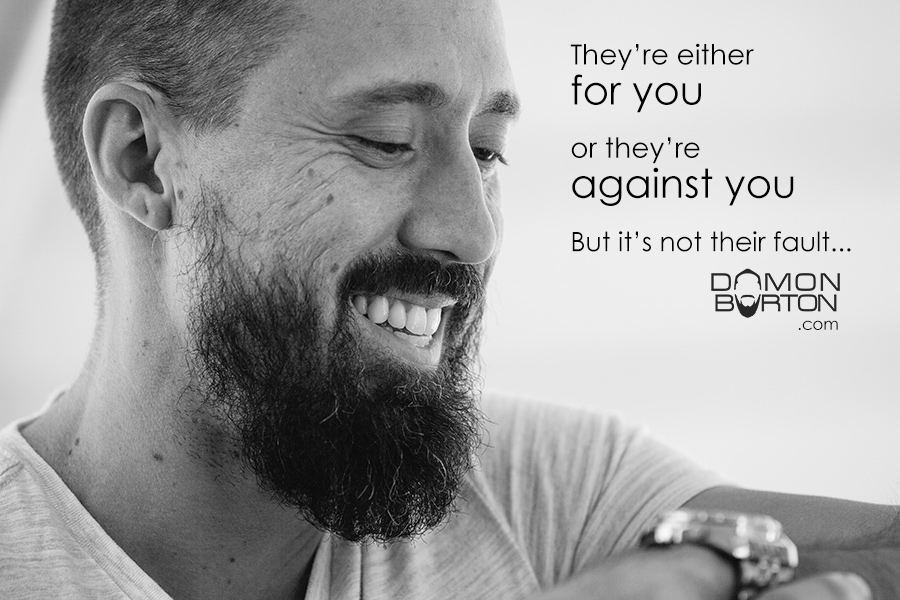