The world is on fire right now, and you’re not alone.

In talking with one from my team, I could tell something was up. They acknowledged.

Without sharing the sensitive parts, here was my reply to them… hoping it supports readers. 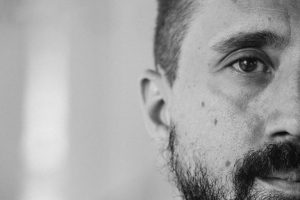 “Sorry to hear you’re going through so much. One of those is hard. Many of those can be overwhelming.

The whole world is going through so much that many around you are likely being irrational. Not that it’s acceptable, but the world is so weird right now. And I anticipate it will continue to be like this for at least another year, as we roll into winter and changes unfold again in northern hemisphere.

Don’t beat yourself up. You and everyone around you has a lot going on. All you need to do is survive for the next few months. Do that, and you’re gold.

The next few months will suck. A lot. But at the end of it you’ll be a better person and can look back and be proud at what you overcame.

As a leader, you develop a sixth sense. I could tell something was off. But I gave it a few weeks to see if the alarm bells went away. They didn’t, so I reached out.

I could tell something was off because the usual reply times were extending from half a day to a day. A day to multiple days.

If you find yourself in hard times, communicate.

With the world being a circus, if it helps, here’s one thing I do. I try to compartmentalize responsibilities so they don’t bleed into each other. When it’s work time, I’m all work and try to reserve non-work thoughts until the end of the day.

When work is over, I put my laptop in a dedicated “away” area in the house and reserve tomorrow’s work thoughts for tomorrow. If an urgent idea comes to mind, I note it to free up that mental bandwidth so I can “forget it” today but not miss it tomorrow. That way I can focus on spending time with my kids, wife, whatever it may be. Allows me to still process emotions without suppressing anything.

Give yourself grace. You got this.”