The Value in Relationship Long-Plays

13 years ago I took on a particular SEO client. This person went on to build and sell six businesses over those years.

One of those other agency owners I met was Greg Hoffman, founder of Apogee Agency. We’ve had several big mutual clients over the years but had the privilege of working one-on-one with him this year as my team built their new website.

Relationship stories like this are what I love. The long-play. He wasn’t in it to sell me, nor was I to sell him. We just helped each other off and on for a decade.

Then when the time was right for us to work together, it was seamless. No sales BS. No awkward qualifying conversations. Just do the work.

And now the work is done.

Congrats on the new website, and looking forward to seeing your continued growth, Greg and the Apogee team. 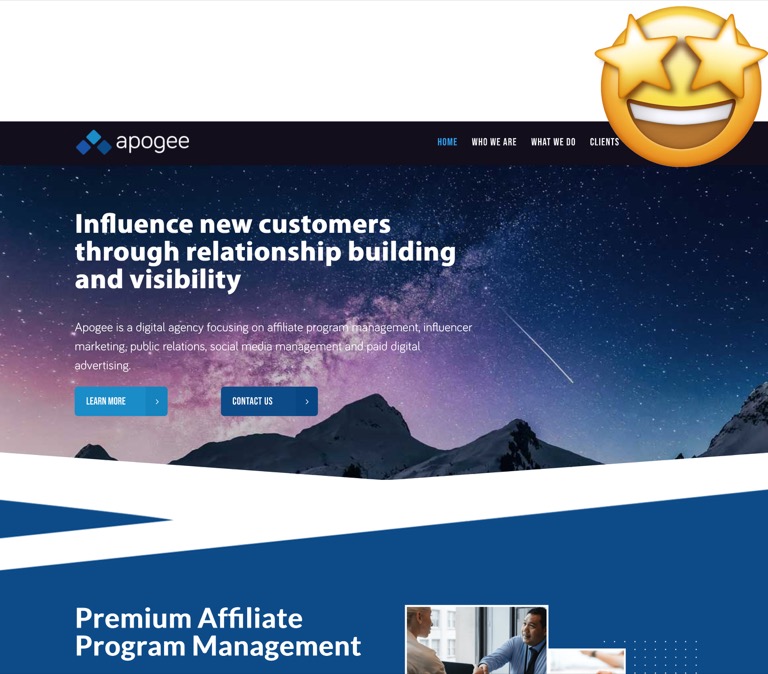