The Future of SEO

I was asked three very interesting questions today about SEO.

Contrary to what most believe, at its core, SEO hasn’t moved much over the years. 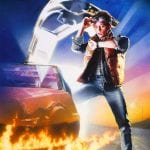 I’ve been at it for 11 years now and in the parallel space of web design for 19 years.

Over that time there has been a lot of shiny objects come and go (new tactics, black hat strategies, etc.). But all of those fads still relate back to two core strategies.

A good example is everyone hyping up voice search right now.  Voice is more of an advancement in output, not so much input (optimization).

The way Google intakes your questions (voice) may change, but Google still has to acquire (read) data to spit out as a search result from somewhere. So results may be more fun to call via voice but voice’s core set of metrics is about the same as a text-based search.

Video is being consumed more, especially on social media. That’s why you’ll see that a lot of content that I put out on LinkedIn has a video format.

The funny thing about video on social media is that an average of 70-80% of people watch video without audio. So you’ll see major players like Gary Vaynerchuk caption his videos.

How that correlates into search depends on intent. People that want to kill time or be entertained, yes, video will increase. People that just want a quick one-sentence answer will just want to read a one sentence text-based answer and not fire up a video.

I’m not too concerned about paid traffic as far as impeding on the longevity of SEO.

Organic results tend to get 300% more clicks than paid ads, even with paid ads being positioned higher. People get “banner blindness” and overlook ads quite often.

Unless Google goes 100% paid, SEO will always have a place. And I don’t imagine Google every going 100% paid unless they want to discredit the accuracy of their search results.