Been chasing this SEO Nation domain ever since I registered the next closest thing on January 15, 2011, SEO National, since the first was already taken.  Never could find the owner. They had privacy on and contact info hidden.

After giving up for a few years, I realized I could look at historical archives of the site and look for any potential contact info that might reveal some clues.

The domain that the email was associated to was no longer live, so sending them an email wouldn’t work. But it helped me find other domains that person owned.

✅ Found an active email on one of the other domains

Emailed them. They replied.

Yes, I own SEO Nation… I currently have NO PLANS TO SELL IT.”

So close, but dead end.  I wasn’t about to give up.

Three days after being told no, I owned it.

Brokered it through a domain escrow and they scored it for cheaper than I was willing to offer on my own. Saved me thousands.

Out of the box thinking and persistence pays. Sometimes it’s just the right ask on the right day.  The 18 year aged domain, the last I’ve been holding out on for brand consistency, is finally home. 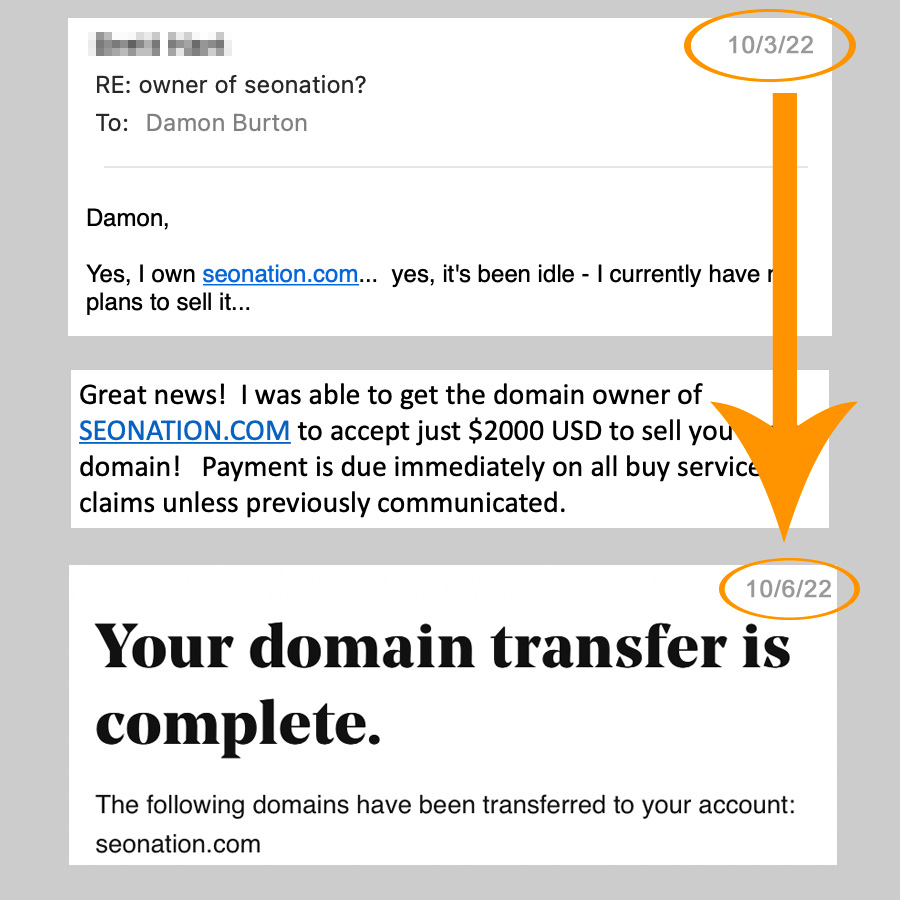