Years ago I had a retail client. Within a year of doing SEO for them their average monthly revenue increased 240%.

Think about the time and effort we put into building their online reputation and credibility. Turned off over night.

They hired a new marketing manager. I call it “New Sheriff Syndrome.”

At least that’s what they think they’re doing. 🤠

Here’s what I’ve learned with every new sheriff. They’re really Leonardo DiCaprio. They just started sinking their own ship.

How do I know?

I had another retail client at the same time, years ago. But they stuck around. They knew SEO was a long-play and they didn’t leave.

Their organic traffic increased by 2,154%.

The old client that left? They’ve come back looking for help because they’re still stuck at $360,651 annually in online sales.

If there was ever a race between tortoise and hare, SEO is the slow and steady tortoise that always pays off big if you have a strategy and patience. 🏁🐢🏁 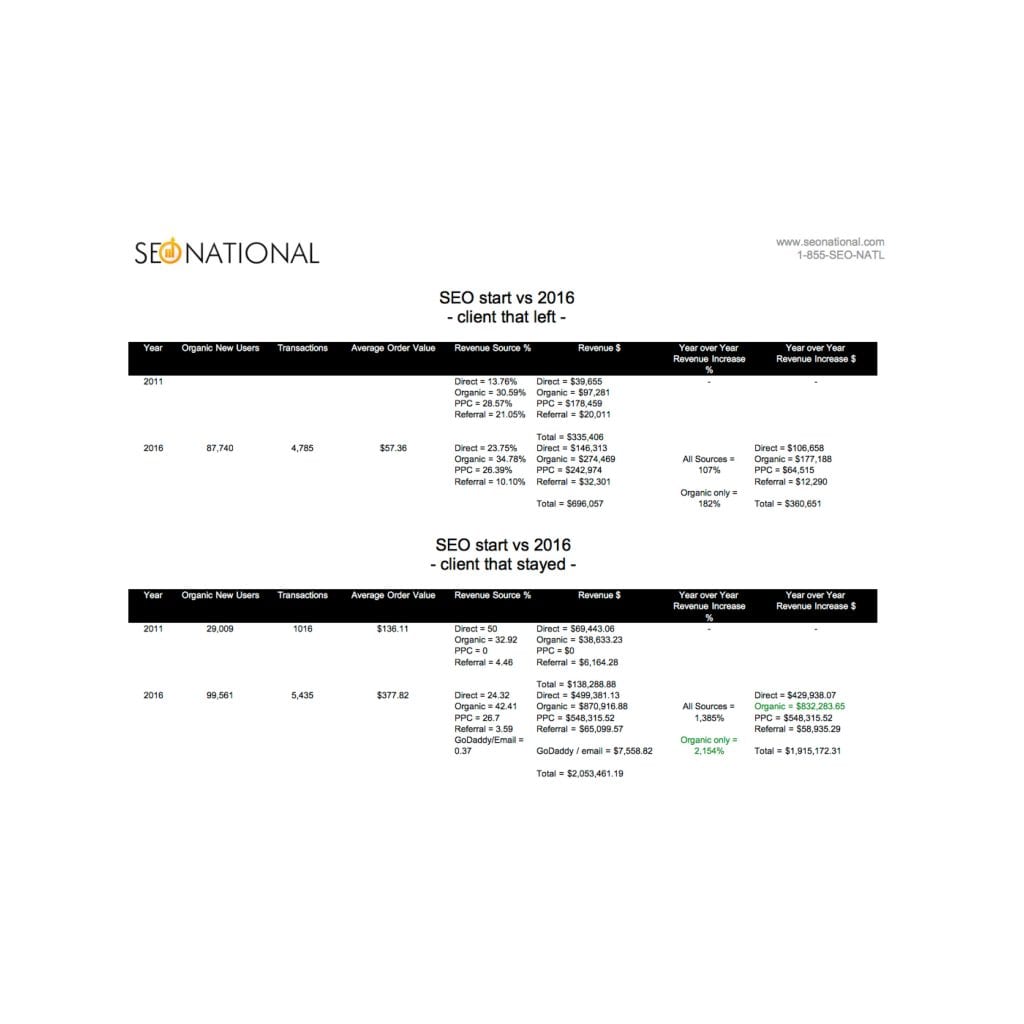