Recently won an award. An opportunity to go on stage with Russell Brunson… and missed it.

Been in Russell’s Mastermind, Inner Circle, for the last year. I’ve gained a lot of value from the group, and the relationships with the other members are priceless.

We vote for peers that give the most to the community. Among other amazing givers, I was chosen as one of the Members of the Month.

Around came award time, annnnnnd… I had no idea. Seriously. Watch the video. “Damon? Is Damon here?”

Ran into a friend in the hall:

“The awards lunch, with Russell and Inner Circle.”

“Yes. And they called you on stage.”

I missed it. A once in a lifetime opportunity to shine with my people.

But… it was worth it.

While I was being called on stage, my wife and I were doing crafts with our kids on the other side of the resort.  Was having a breakthrough with my her.

As a high performer, sometimes it feels like I believe in her more than she believes in her self. And sometimes I say words of encouragement that are misinterpreted as expressions of disappointment.  She’s growing. With growth comes conquering self-doubt. There’s a version of her that she wants to become, and I want her to have that.

While I was missing my award, my wife was smile-crying.

She found inspiration at that week’s event. She realized her insecurities were clouding the words of love and pride I have for her.

That she’s been scared of discomfort, but now understands that discomfort can be the answer for the old version of her to be reborn into her new superpowers.

Had I been at the awards, I would have missed this breakthrough.

Sure, I missed that on-stage recognition with Russell and my Inner Circle friends, which would have been cool.

Ironically, even in Russell’s Inner Circle, I’ve never taken a picture with him. He gets asked 10,000 trillion times a day, so I wanted the pic to mean something.

But there’s always good to be found if you’re looking for it.

I’ll get on that missed stage another year.

Either way, I won. 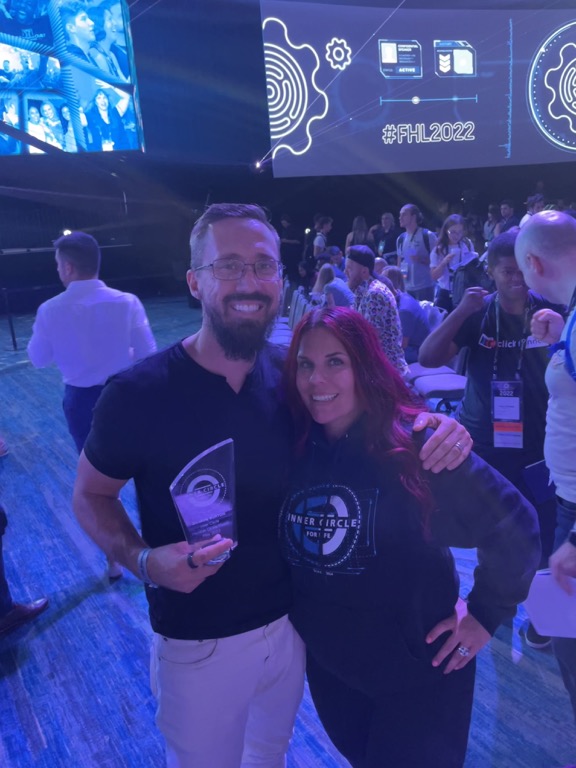