I just met a stranger

I just met a stranger. A gentleman off LinkedIn.

His name was Sam and he was just shy of twice my age.

I regularly reach out to people on LinkedIn that have bios that look respectable.

I introduced myself and after he accepted the connection I asked if there was anything that I could help him with? Anything in my scope of knowledge that would be valuable to him?

I didn’t sell him.

I didn’t pitch anything at him.

I didn’t ask for anything.

He mentioned that he’s basically retired at this point. I told him that was a-okay with me and that I was sincere in giving. I wasn’t out to sale him anything.

We both agreed to meet up at Starbucks. 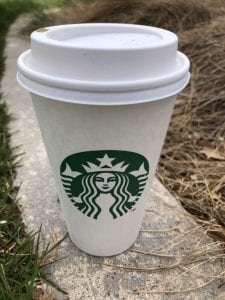 Neither of us had any agenda. We just talked.

And it was one of the better conversations that I’ve had in a long time.

We had both shared entrepreneur success stories and reflections on our journeys. We talked about our family, our wives, and appreciation for time with our kids.

Before we knew it, an hour had flown by.

There wasn’t a moment of pressure to close any deals or any awkward silence.

I’ve reached out to hundreds of others on LinkedIn. Few result in lunch. None have matched my coffee with Sam.

Because, unfortunately, everyone is always selling everyone.

I don’t blame the others that declined my offer when I extended advice, or interest in meeting up. Society has conditioned us to be defensive. We are hyper-sensitive to avoid walking into sales pitches concealed as lunches.

I also don’t blame others for being the ones to screw that up by overselling everyone with their hustle and always wanting to close deals. Everyone deserves success. However, what everyone is missing in being excessive with the pitches is connecting with people on a deeper level.

While that’s all that I’m out for, establishing relationships, I’m willing to bet that the people who are only in it to close deals… they’d sell more by not trying to sell at all.

Connect with people first. The rest will sell itself.