Took my kids to the skatepark. I’m not a big “ooooh, look at the sunset!” person but, c’mon. Look at this. 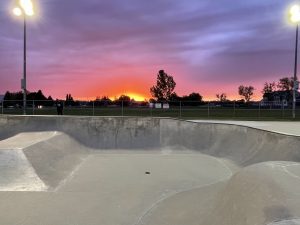 Can you see what’s hidden in front of you? The person on the left is myself. While I was taking a pic of the sunset reflecting off the mountain, my son’s friend text me a pic of him catching the sunset.

I was so proud to see my boys doing something that I loved so much as a kid. There was also a shade of sadness at how fast life goes. That tiny hint of sadness was short, because of the overwhelming pride in what I’ve accomplished and the people I’ve impacted.

I started thinking about days skateboarding as a kid compared to what fulfills me now, and the people that have influenced life along the way; both good and bad.

I could tell a million stories, but to sum it up… I’ve learned more from what others did wrong in their life, both their personal and professional lives, than by anyone mentoring me to do right.