The don’t wake up early to “out #hustle my competition.” Don’t care what they’re doing.

I suck at running, but I do it. I’m not the fastest runner, nor the slowest. Doesn’t matter.

I run because I give a shit about my health, but don’t have time to do more elaborate workouts and get all swol, though I’d like to.

I run because I don’t give up. 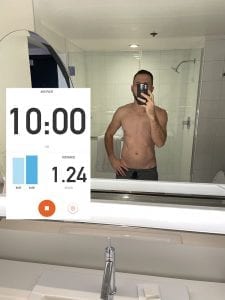 I don’t follow my friends on workout apps. It’s me against me to see who can be the better version.

I wake up early because I have big goals and waking up early makes me feel like I got a head start on the world. That head start mindset sets a productive pace for the day. I DO like that.

Your “why” for doing or not doing things don’t matter. That’s yours. But your “try” does matter.