12 Business Leaders Who Changed the World

According to the U.S. Census Bureau, there are over 30 million businesses in the United States, but not all of them are doing a booming business.  In fact, the Bureau of Labor Statistics reports that about 50% of them fail by their fifth year.

So how do some companies become so successful?  Hard work and luck undoubtedly play a part, but  exceptional leadership is a pivotal factor.  As you look to grow your own business, it’s helpful to look at some of the people who have led their companies to great success.  I’ve compiled a list of 12 business leaders who have revolutionized the business world in the area of retail, technology, entertainment, and transportation. 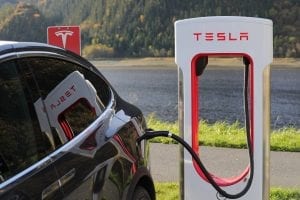 Though we won’t have room in this blog to take a deep-dive into their specific philosophie, we will give you a broad-brush of who they are and what they have accomplished.  Love them or hate them, hopefully this can guide your efforts to learn more about the tactics of successful business leaders.

What list would be complete without Sam Walton as one of the most influential business leaders? Walmart is currently one of the largest employers in the world, but it started from humble beginnings. Walton’s main goal was to bring a wide variety of products to the consumer at a discounted price, and that business plan has blossomed into more than 5,000 stores in the U.S. alone.

Jeff Bezos has revolutionized the online retail industry. Amazon started as an online space to sell books and other media, but it has since transformed into a massive global marketplace for just about everything you can think of. Not only that, but Bezos saw the value of long-term thinking. One example of that is how he sells the Kindle device. Instead of marking it up significantly, Bezos markets the Kindle at or close to cost, knowing that he will make up for it through the amount of additional content consumers buy.

Steve Jobs turned the tech industry completely on its head starting with the Macintosh computer. His innovative ideas spread through to the music industry, music devices, cell phones, smartphones, and personal tablets. He was also a leader in making touch screens an accessible technology.

Tim Cook is Steve Job’s successor at Apple, and he’s made some major contributions in expanding the company. Not only that, but he has worked incredibly hard to protect iPhone users from the FBI who were demanding backdoor access. That act alone set an unparalleled precedent for all tech companies’ right to protect client privacy.

Bill Gates is not only famous for his innovative ideas in computer technology, but also his business savvy. His policy was to hire smart people and treat them well.

Where would we be without Google? While Google wasn’t the first search engine, it is arguably the best one. Not only did Page and Brin develop one of the best search engines, but they bought Android back in 2005, which would turn into a hugely successful mobile operating system. They also snapped up YouTube back in 2006.

What started out as a way for Harvard students to interact on the internet exploded into a social media network used by 2.45 billion users. Zuckerberg has constantly adapted his business model to account for the internet’s changing parameters as well as what the users want.

While Walt Disney is the face of the Disney Corporation, Bob Iger has made some serious business moves as CEO of Disney. Under his leadership, Disney has made some incredible acquisitions: Marvel, LucasFilm, Fox, and Pixar, to name a few.  He has also brought about a new age of internet streaming possibilities through Disney+.

Though Oprah doesn’t have a regular show anymore, she fundamentally changed the entertainment industry forever. Her philanthropy, business sense, and self-improvement mindset set unparalleled precedents. She cultivated such trust from her viewers that anything with her name on it is practically guaranteed to sell.

Netflix founder, Reed Hastings, led the revolution from brick-and-mortar video rentals to today’s online streaming services. He originally started the company with Marc Randolph back in 1997 as a way to mail-order DVDs instead of having to go to a video store. He then transformed his company into a subscription service that eventually offered streaming services. While ordering an actual DVD has gone by the wayside, Netflix has branched out in groundbreaking ways.  The company is now creating its own shows, a few of which have even won Oscars.

Travis Kalanick may not be a household name, but his contribution to the business world is well known. When he couldn’t hail a cab in a timely manner, Kalanick developed an app-based interface for ridesharing called Uber. Now over 95 million people use Uber on a regular basis, making it the largest taxi service in the world.

Elon Musk is well known for being an eccentric, forward-thinking business mogul. As a young man, he made a lot of money, which he then turned around and invested into his own businesses, SpaceX and Tesla. Tesla has revolutionized the electric transportation market by making electric vehicles attainable by the average person. SpaceX is working to create affordable space travel so that one day, people can go to, and perhaps live on, Mars.

While all of these business titans led very different revolutions, they all had one thing in common: they looked around at the world, saw a need, and filled it.  Now, that’s something worth emulating.