What does around $100,000,000 in cars that were transported on cargo planes from Europe and Asia over to the US look like?

Something like this pic, which I’ll explain in a moment. 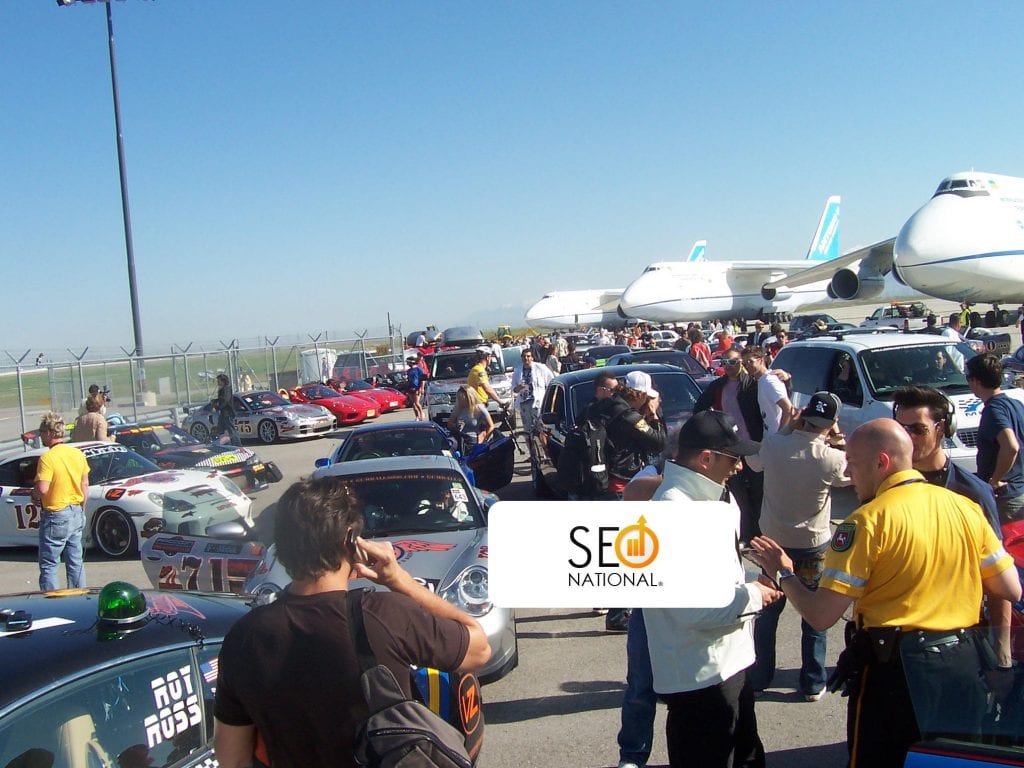 When I started SEO National more than a decade ago I couldn’t have imagined the journeys that would present themselves.

From successful corporations to startup entrepreneurs, it’s always exciting hearing the stories of the businesses that my team works with on every continent…

Well, except Antarctica. The penguins have things on lock down there. 🐧

This is from 2006 at an event called Gumball 3000. It’s an exotic car road rally that I had the pleasure of doing some business during.

There are too many stories to fit in before LinkedIn cuts the words off, so I’ll share just one.

During Gumball I met some amazing people like musician Travis Barker, and a guy named Tango that owns a castle in the UK called “Comlongon.”

At dinner he shared how Madonna wanted to get married at his castle. He said he declined.

So many at the table were surprised and asked, “How do you turn away Madonna?”

Do what you love, and with whose company you enjoy.