+198.05% is how much this client’s organic traffic is up over last year. They had a very specific reason for wanting to know what percent of traffic SEO drove to their website.

“Hey Damon. We’re doing amazing at the office. So much so that we’re considering selling the business!  We have an interested buyer. We told them that you’re team is our main bread and butter that drives most of the office’s leads.  In addition to our #1 ranking reports, can you send me some organic traffic reports over last year to show them how much we’re up?”

They were already killing it in their niche, having SEO drive 80% of overall traffic. Their organic traffic is up 198.05%, boosting the overall share of their traffic that SEO drives from 80% to 88%.

This is on top of when others in their industry took a Google penalty from other SEO’s cutting corners.

Not only did this client avoid a penalty, as my team played it safe and steady to keep clients them making risky #SEO decisions, but they’re up… a lot!

Avoid the temptation to be cheap or impatient and…

Wouldn’t be my first client to do so. Probably somewhere around the 15th that’s had a huge exit. 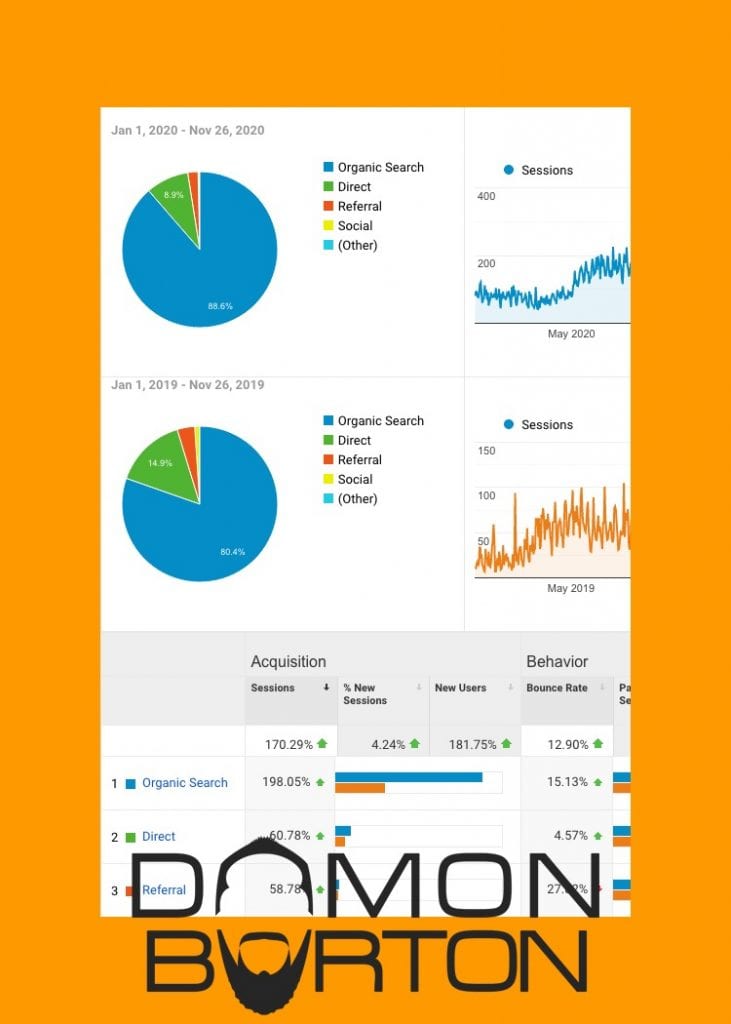