Is it just me or does Zuckerberg looks like a soul-less zombie/robot testifying in front of Congress? 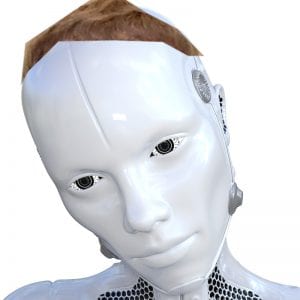 Even if you didn’t watch Mark Zuckerberg’s Senate hearing, you’ve probably seen the memes. Bonus points that we finally saw Zuckerberg in a suit!

Funny as some of the moments were, there are so many complex issues around privacy, regulation, and social media in general. Many people cringed at the Senates inability to get to the heart of several issues. Who can blame them? Facebook hardly fits one category. Beyond being a social network, they dabble in messaging, money sharing, drones, artificial intelligence, and more.

It’s hard to know where regulations would even begin. Remember, at the heart of this issue was Cambridge Analytica. The firm harvested data from users by means of an app, and then sold that data for political purposes. While that’s part of the problem, it’s worth looking at the impact regulations might have on individual users, privacy, advertising, and Facebook as a company.

Let’s start with the individual user. If your average Facebooker learned anything from the senate hearing, it’s that Facebook collects a lot of data. They collect everything you post, but can also see where you posted it. They track what content you like around the internet and potentially what’s happening on your browser. Regulations could target two things: what data is tracked or what happens to the data. For example, the Government might decide it’s illegal to track user locations. Or, they might also clamp down on how Facebook shares that data, like in the Cambridge Analytica issue.

Another key regulation that might occur is greater clarity in the user agreement. Who reads those anyway? Well that’s the point. Several Senators urged Zuckerberg to simplify the legal jargon for daily users. Regulations or not, chances are you’ll be more explicitly told how Facebook uses your data. It may also be simpler to control your privacy settings. Though Zuckerberg insisted that users have control over all their privacy, it’s clear they don’t. The Cambridge Analytica is a prime example.

One of the biggest changes for the user could be a payment service. This would be a result of regulations on advertisers and the advertising model. You’re free to use Facebook because you agree to see ads. Simple as that. Advertisers love Facebook because of how specific they can narrow their audience. No matter the product, Facebook can guarantee that advertisers reach the right people.

If data is regulated, advertisers may not be as attracted to the platform. Their marketing efforts will become more general and costly. Zuckerberg stressed this fact several times during the hearing. He mentioned small businesses that advertise on Facebook. Their ability to target specific locations and tastes is what makes Facebook so great. Otherwise, they’re left marketing to a wide audience who may not have an interest.

So, if Facebook can’t make money from advertising, they’ll have to make it some other way, most likely offering a paid and free version. Would there be any upside to regulations for advertisers? It’s hard to think of any.

As far as Facebook itself is concerned, they risk losing the core belief of their company. Zuckerberg was firm on his commitment that the heart of Facebook’s mission is to build community. Would a paid version compromise that goal? Not necessarily. Offering a paid version doesn’t mean everyone has to pay, only that you can pay for more privacy. Yet, a pay-to-play model could put different users on different footing. Facebook is great because everyone on the platform operates by the same rules.

Those are some of the biggest changes to look out for. It all depends on if the government chooses to regulate and what those regulations look like. Then again, regulations might not happen at all. Regulations were almost a threat in the hearing. It seems that if Zuckerberg can actually clean up privacy issues internally than the government might stay out.

Keep your eye out for changes! In the meantime, visit your Facebook settings and make sure your privacy is set up in a way you’re comfortable.